Follow martinis and mantras on WordPress.com
Join 417 other subscribers

This isn’t a haiku. But it ran through my monkey mind in savasana today. 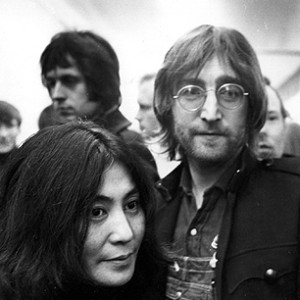 I never had an iconic Lennon poster on my wall, round glasses and NYC T-shirt. I didn’t watch St. Peppers until relatively recently, and I didn’t relate to the Walrus (or was that Paul?), but how can you not be fascinated by John Lennon. From Beatle to activist to icon, and legend.

Last night in Central Park I sat with a friend, and hundreds of strangers, to watch the documentary LENNONYC, the story of his last decade of life lived here in New York City.

It’s so strange to think of John Lennon as just a man, which is, more than anything, what this documentary showed. A man just like any other person – lost sometimes, emotional, flailing, happy, contented, growing. He just happens to be incredibly talented. But behind the superhuman aspects, he was just a person, too.

The part of his story I’m most drawn to is the love story with Yoko Ono. Maybe it’s because of the path I’m on in life, or that I’m closer to the age when Lennon himself finally settled down, but their love seems like a fable to me, even with its flaws. Of course, what this says about his first marriage and child seems much more complicated. But the things he and Ono went through – the press attacks, the deportation attempts, the time apart, and eventual reconciliation. It’s clear that despite whatever turmoil they had, that they were deeply in love.

I’m sure they wouldn’t have had a fairy-tale flawless marriage for the next thirty years. It would probably be just as messy and complicated as real life is. But there was a depth to that love that seems to me like the most superhuman part of all.